Home > Borrowing > Why Lenders are Cutting Back

Why Lenders are Cutting Back 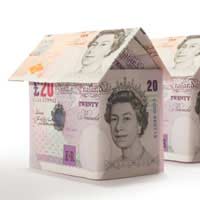 The mortgage market is going through one of its most significant periods of change at the moment and lenders are not only limiting who they lend to, but a lot of them are pulling out of the market altogether.

The problems all stem from the US sub-prime market, banks in the US had been giving people with bad credit in America mortgages too easily.

Sub-prime lenders had been lending money to people that could not afford to pay it back. This led to lenders having bad loans on their books, and ultimately resulting in huge losses.Understandably, this sent shock waves around the UK banks, and lenders, because a lot of them are funded by American banks.

American banks became shy about lending to UK banks because they were worried people would not be able to pay their mortgages back. This also meant that the cost of buying money went up, so lenders were not able to offer the same cheap rates anymore.

What Does it Mean for First-Time Buyers?

Trying to get a mortgage in today’s market is going to be a lot harder than it was a year ago. If you have any kind of bad credit, or haven’t got at least a 10% deposit, then you may want to consider waiting until the market has improved.

Lenders’ are being fussy about who they are giving mortgages too, and they no longer wish to lend money to anyone that may pose a risk. In the past lenders were able to make a lot of money from clients that had a bad credit record, but now they are taking a more cautious approach.An ideal customer for a lender will be somebody that has saved up a deposit, has a clean credit record and is buying a property that is no more than three times their salary.

It is hard to predict in the current climate just when lenders will start to want to lend to more people. A lot of mortgage lenders have stopped doing business altogether, or worst still, have gone into administration, because their funding has dried up. The market is a very different place to what it was three years ago, and it is unlikely that it will return to what it was. Some people view this as a good thing, as it means that those people that couldn’t afford a mortgage in the first place are no longer able to get one.

Most of the mortgage lenders in the market are still lending to customers, they may be imposing stricter criteria, but it is by no means impossible to get a mortgage, if you have some money saved up. A lot of the high street banks are very much in the market, and in the current market, size really does matter. It may be better to go with one of the larger mainstream banks, as they are more likely top be able to guarantee the funds for your mortgage.

Unfortunately, the current mortgage market is not in the best shape at the moment, so if your finances aren’t either, it may be best to hold tight for a while and wait until either the marker, or your finances recover.

Paying the Money Back on your Mortgage

Getting a Deposit for a Home