Self-certification and its Bad Reputation 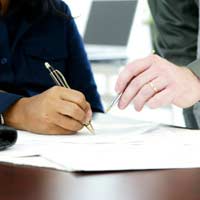 A number of television programmes carried out exposes into lenders andbrokers that offered self-cert mortgages. A number of these programmes foundthat customers were being advised to lie about their income in order to geta better mortgage. This was big news at the time and it also attracted theattention of the regulator, the Financial Services Authority which has also carried out its own research into the self-cert sector. It also found a number of brokers had been misadvising consumers when it came to how much they earned, and also found that some lenders had not been carrying out proper checks.It is easy to see why this gave the sector a bad image and led to people notwanting to get self-cert mortgages, or indeed the opposite, where a personwould take advantage.

One of the real problem areas was the sub-prime self-cert sector where aborrower who already has a bad history rating was able to get a mortgagewhich was too much compared to what they earned.Lenders normally work on an income multiple bases, for example, a lender maygive you three times your income, so you can imagine if a customer wasclaiming that they were earning ten thousand more, that it is a substantialamount of extra money they are able to borrow. Lying about your income isultimately fraud which is a criminal offence.

A Cleaned up Image

One good thing to come out of the investigations into self-cert is thatbrokers and lenders are now a lot more cautious and will sometimes carry outtheir own checks to make sure a client is reliable and they will be able topay back the mortgage. The sector is improving and those that are notlending responsibly are being disciplined. There has been a lot of work putinto improving the image of self-cert and the practice itself. The phrase self-cert no longer has a seedy reputation and a lot of mainstream lenders are able to offer the products. The market is a much better place then it was ten years ago, however there will always be people trying to take advantage, and while the FSA has done a lot of work into the sector there is still some work to be done. However, if you are an honest consumer then you do not need to worry as you will not come across any of the problems that are associated with the market.

To certain people, self-cert mortgages are a no go area, but there is no reason for this to be the case. Like everything in society the media has picked up on a few bad practices that have taken place, but this is by no means a reflection on the whole market. As long as you are honest with yourself and your lender then you should not be afraid to go down the self-cert road.

Borrow More with Self Cert Mortgage?

Pro's and Con's of a Self-Cert Mortgage

Who Needs a Self-cert Mortgage?