Cost to Exit the Mortgage 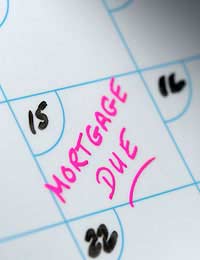 It is inevitable that sooner or later you will want to get out of your mortgage deal or switch to another lender, whether this will be when your current rate comes to an end or when you simply just want to get out of the deal early.

In the first scenario you will almost always have to pay a mortgage exit administration fee. This is supposed to cover legal and administration costs such as changing the registration of the property. There has been much hype in recent years about how much lenders are charging people to exit their mortgage, and in some cases, borrowers are being encouraged to try and claim money back.Problems have occurred when some lenders have sneakily increased the cost to exit the mortgage from the original cost that you had in your mortgage contract. In this scenario you would probably have a good case for claiming back some of the money you were charged.

Lenders add on these charges because they want you to stay with the same lender or stick with the same deal, which could mean that you end up paying more.Before embarking on any mortgage deal you should make sure you ask the lender how much the exit fee is, as this could add up to £1,000 onto the mortgage in some cases.There is no escaping the fact that you will be liable for this cost, so make sure that the lender doesn’t catch you out.

Getting out of the Mortgage Early

Another charge you may come across when leaving a mortgage is an early redemption penalty. These are normally unavoidable and will only occur if you break out of the mortgage before the set period or if you decide that you want your name off the mortgage contract. You cannot claim these charges back as you have in some way brought them on yourself, and the lender could argue that they have to do a lot more paperwork and they are not getting the interest from you that they originally thought they would.

These are also very high charges and it is best that you check out how much the lender will charge if you were to do this, however the best thing you can do is just wait until your contract comes to an end.Lenders will normally impose both these charges because they have lost out in some way by you exiting the mortgage and they think that if you have to pay to get out of the deal then you may think twice and just stick with them.

In the past few years lenders have been a bit better behaved when it comes to charging customers to get out of a mortgage deal, but in many cases it can still be the sting in the tail when it comes to your mortgage and how much it will cost you. If your very unlucky or just not very organised you could end up paying both of these charges, which don’t forget is also be on top of any other charges such as an arrangement fee etc.Lenders will add charges on anywhere they can, so beware and make sure you know what it will cost you to not only enter the mortgage, but exit it as well.

What to Do If Mortgage Lender Miscalculates Payments

Paying the Solicitor and Mortgage Broker